against copying and piracy

Protection of software and games

against analysis and modification

leakage inside and outside the perimeter

management to control sales and distribution

of software environment on ATMs and servers

to protect your product against any threats

by binding to a unique physical object

ONLINE ACTIVATION WITH BINDING
TO A USER DEVICE

Binding to the parameters of a personal device is used to protect software, games, electronic documents and video files against illegal copying and distribution. Activation of access is performed via the Internet by entering a serial number which parameters can be changed.

Access to protected files can be obtained only if the original USB flash drive is connected with the personal computer. The clients can install protection at any convenient time over the Internet and use their own media they purchase according to our recommendations.

Protection with binding to CD and DVD is a reliable way to fight piracy when you need to distribute large batches of files to the users with poor internet connection. We cooperate with a large number of replication plants to prepare protected CDs/DVDs quickly for your comfort.

The  protected  application  connects  to  the  StarForce  License  Control  Service  by  the  Internet  every  time  it  launches.  This  binding  type  allows  you  to  control  the  use  of the transferred files - to revoke access quickly or set other restrictions if necessary.

A  perfect  choice  if  you  use  multiple  copies  of  a  protected  application  /  workplaces  within  one  local  network.  Access  control  is  performed  by  the  license  accounting  service that installed on the server in the company's local network.

The client can use any available combination of binding methods within one protection project depending on the Internet access, developer's  requirements  and  users'  wishes.  We  can  develop  custom  binding  method   especially  for  you.

StarForce Technologies protects online games developed by Slightly Mad Studios. StarForce solution prevents the use of cheats and bots, and other fraudulent activity in order to allow gamers to enjoy fair competition and a well-deserved victory. Such protection is especially important for a variety of racing games, where competition is a central component of the gameplay.

AB Inbev is the largest producer of refreshment drinks in the world. As any other corporations, AB InBev uses a large amount of documentation in electronic form that is need to be reliably protected against leakage. StarForce Technologies protects the most sensitive documents at ABInBev preventing their unauthorized copying, forwarding and printing.

Netmarble Games is a large game publishing company based in South Korea. The company has developed many mobile games including Seven Knights, Raven (Evilbane in the U.S.), Marvel: Future Fight, and Star Wars: Force Arena. StarForce helps Netmarble to protect source code of free-to-play mobile games for Android and iOS against reverse engineering and analysis.

Providing all the Russian citizens with free access to all published, publishing and stored articles and research papers in the funds of Russian libraries. This is includes the history and culture monuments and masterpieces of any time periods from the middle ages till the latest works of authorship.

StarForce copy protection solution provides protection against copying and unauthorized distribution for the books published by the M-Logos Law Institute. The protection includes access control, binding to the user's device to prevent copying and neutralization of screen capturing. The M-Logos online store has integration with the StarForce License Control Service to generate serial numbers automatically after a book is puchased.

Warface, a new-generation multiplayer online shooter game created by Crytek, uses the StarForce MMOG solution to prevent cheating in the game. Crytek started to use the StarForce solution before the launch of beta-version of the game. This approach allowed the game developer to avoid many problems caused by exploiting game vulnerabilities to cheat and break the game balance.

EDRLab is engaged in developing a platform for publishers who prefer to distribute books in EPUB format. StarForce C++ Obfuscator was purchased to protect sensitive sections of the code of the DRM system that is responsible for restricting access to copyright-protected materials.

Tinkoff Bank has launched a network of ATMs that are protected by SoftControl against the run of malicious software. This solution ensures software integrity during operation and preserves the system in the known good condition.

Eagle Dynamics has been using the StarForce protection system since 2005. Currently, the company use binding to the user's computer with online activation of the serial number. StarForce technologies provide reliable protection for games and DLC against illegal copying without affecting the performance and the gameplay.

Cybird develops and produces entertaining games for popular mobile platforms. The company is a business known by their mobile romance games in iOS, Kindle, and Android. The most important thing about the software for any developer is the source code and its integrity. StarForce Technologies provides Cybird with a solution that helps solve the problem of hacking and leaking critical parts of the source code.

Protection as a turnkey service


The client accesses the account and can independently configure the protection 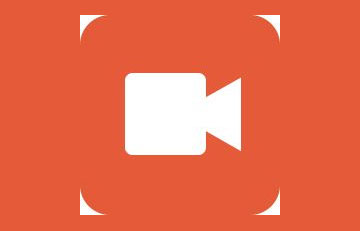 How to protect video files from copying

One of the most frequent requests that our company receives is how to protect video from copying. Our clients (creators of video and audio content that represents intellectual property) want to control how their files are distributed... Details 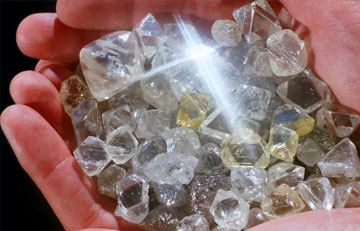 Pangea Inc. has selected the StarForce ProActive solution to protect the ModERn software suite intended for complex analysis and processing of drilling data, from piracy and illegal distribution... Details 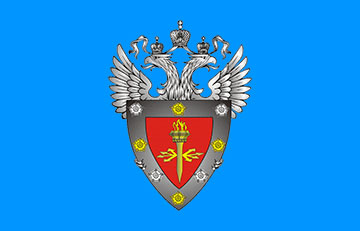 Protection Technology, Ltd. that is known for its StarForce, AsPack, ActControl, and SoftControl trademarks on the market, has obtained a FSTEC license for the development and production of the tools for protection of confidential information... Details

StarForce Technologies is a leading developer of software solutions for the control and protection of software and digital content against hacking, leaks, illegal copying and distribution.

SFContent.com is a web service that helps you to protect electronic documents, books, images, videos and HTML files and to track their distribution online.

ASPack Software is a product line for an affordable price, which allows to protect applications against analysis and reverse engineering and control their distribution.

SFLetter.com is a secure email service that allows the sender to control access to the email and attachments, as well as prevent copying and forwarding to the third parties.

SoftControl products allow the complex protection of servers, workstations, self-service devices by ensuring the integrity of software to prevent internal and external attacks.